As a leading manufacturer in the frozen food industry, Ajinomoto Foods North America is dedicated to contributing to a healthier lifestyle through nutritious and balanced Umami foods. With a commitment to excellence and innovation, all our products are cooked with our customers in mind, providing healthy and delicious meals for all. 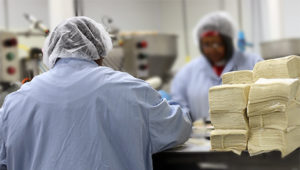 We currently operate nine factories and one corporate office domestically in the United States. With over 2,800 employees working around the clock, we serve as a brand leader across all categories of frozen foods.

Our products span across the largest categories of ethnic frozen foods ranging from Mexican to Italian to Asian across every distribution channel including foodservice, grocery, warehouse club, and custom manufacturing. From incredible Umami sauces to delicious Umami seasoning, you can count on quality with every Umami product. 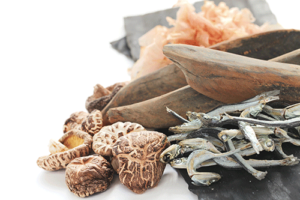 Umami joins tastes such as sweet, sour, salty, and bitter. These are all unique and cannot be created by mixing other tastes – they are known as primary tastes. Umami provides a pleasant, savory sensation that balances the four other options.

Japanese professor Dr. Ikeda identified glutamate as the substance responsible for a new taste. Ikeda’s discovered Umami as he experimented with broth made from seaweed (kombu). Through careful research of the kombu broth, Dr. Ikeda discovered glutamate, an amino acid, gave kombu the distinctive taste and proceeded to invent a method for producing Umami sauces and seasoning that highlights glutamate as a key component.

With the discovery of umami, Dr. Ikeda was determined to “improve the nutrition of the Japanese people” through healthy and delicious foods. Businessman Saburosuke Suzuki II also shared this vision and launched a business to begin marketing the first Umami seasoning: AJI-NO-MOTO® in 1909.

This deep, intense flavor can be found through proteins like pork, beef, fish, and shellfish, which make strong umami foundations. Vegetables like tomatoes, mushrooms, and seaweed, are also high in glutamate (umami).

Over the years, Umami has become an increasingly popular topic and the growing use of Umami has increased globally. Many people worldwide have adopted the taste into their cooking. Some of the benefits of Umami seasoning include: